One big aha in our evolution was when we realized that Crisp itself is just a platform. Crisp doesn’t have a Vision (with a Big V), we just want Crisp to be a nice home for consultants.

However, many of the people at Crisp do have a vision. Here are the most widely shared visions:

Vision 2: “Develop companies and organizations so the people there can be happy, improve, and create increasing value.”

PS: that doesn’t mean we’re all coaches. In fact, most of us are developers. See our business.

Why do we have multiple visions?

Because people don’t all have to want the same thing. We’re in this home together because we have a common set of values, not because we have to have the same vision and goals. People can work on whatever they are passionate about, and if enough other Crispers share the same passion it implicitely becomes a Crisp vision.

How we work with visions

We’re guided by these principles (which we agreed upon on one of our unconferences):

Here is how we decided on these two particular missions: 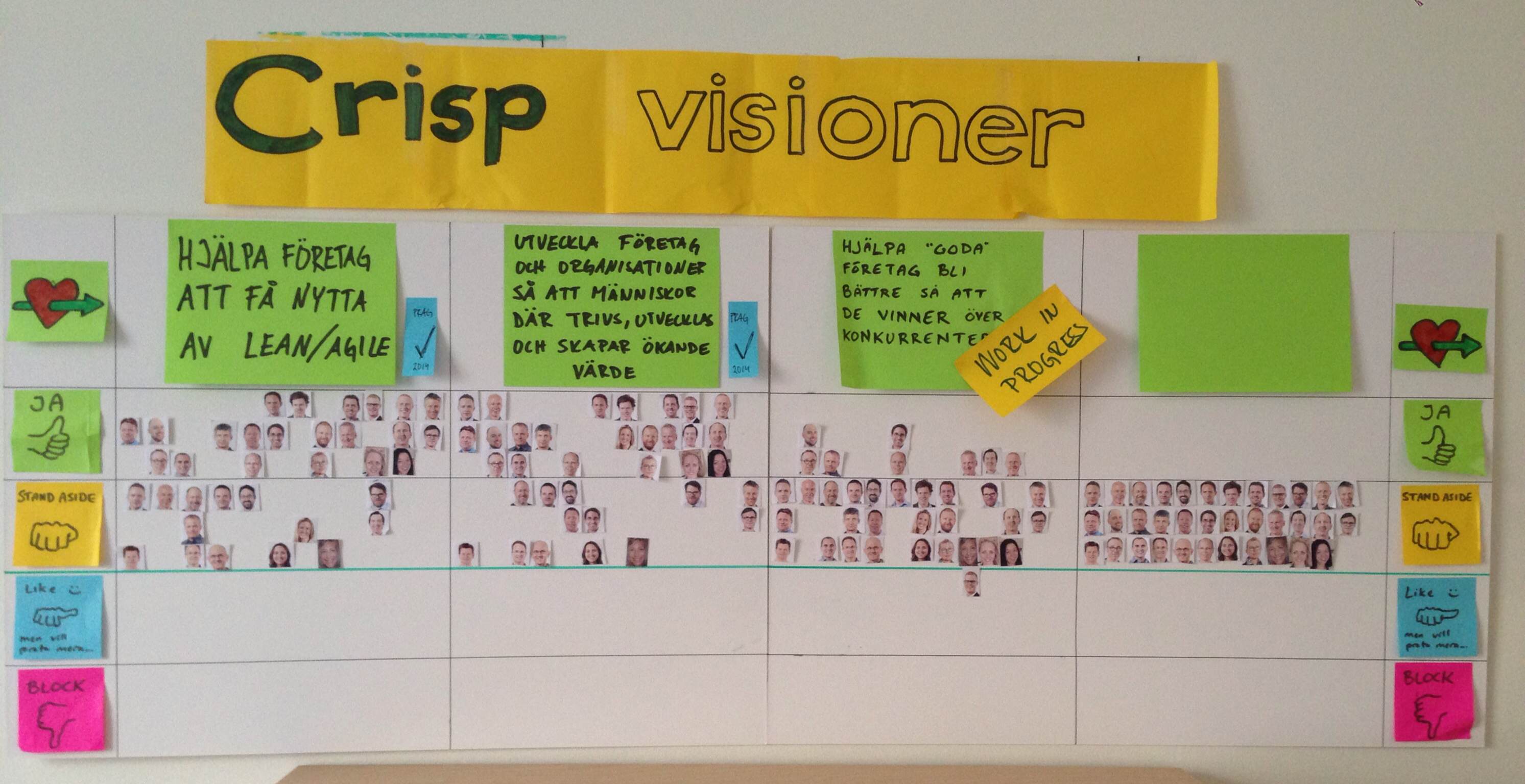 It was a standing vote, where people could move their avatars to show their stance on each of the suggested vision statements. As discussion happened and the statements were improved, people moved their avatars around. Gradually we reached strong consensus on two of them (and almost on a third one).

Does everyone have to agree with these visions?

No. In fact, if you look at the photo above, at least 10 people voted “stand aside” for both visions. That means they are fine with that vision, but personally have other priorities. And that’s perfectly fine.